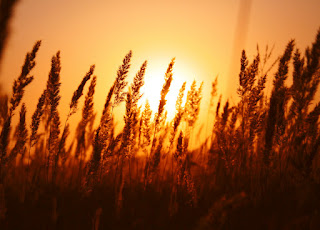 While we proclaim the sprouting and infancy of the Church in the Season of Apostles, along the weeks of Summer we commemorate her maturity and fruitfulness.  The Syriac term Qaita means “summer.” It is during Summer that the grains and fruits ripen and mature.  Thus the name indicates that it is a season of plentiful harvest for the Church.

“The fruits of the Church are that of Holiness and Martyrdom.  The Church, having grown, developed and spread to different parts of the world, shines forth as the image of the heavenly Kingdom giving birth to very many saints and martyrs.  This reality of the Church is proclaimed during the Season of Summer.”

THE TWELVE APOSTLES
This Season begins, celebrating the feast of the twelve Apostles.  There are also documents that describe the first Sunday of Summer as the last Sunday of Apostles.  Since there is continuity between these two Seasons, it is quite meaningful that they meet in one feast.

“The Apostles are the foundation of the Church, while Iso’ -Msiha himself is the corner stone.  It is impossible for the Church to dream about a holiness and spiritual maturity apart from the Apostles.”

NUSARDEIL
In all official liturgical books, the first Sunday of Summer is also marked Nusardeil.  It is a Persian word and it means, “God-given New Year Day.”
If it is so, the first Sunday of Summer could be very well considered as an important feast day which unites together God, namely, Iso’-Msiha, the “God with us”, his twelve Apostles and the Church built upon them.  Since a few years, they do not mark this on the Syro-Malabar Liturgical Calendar.

FEAST OF THE SAINTS
It is quite natural that Saints and Martyrs are specially honoured in this particular Season.  As in the Season of Denha, in the Summer too, Fridays are set apart for such celebrations. 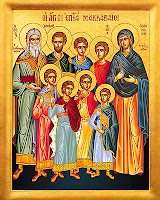 Among these feasts, one that is to be specially mentioned is the Feast of Mar Mari, one of the Apostles of the East.  This Feast is celebrated on the Second Friday.  According to the liturgical books, he is a disciple of Mar Addai.
The other Saints celebrated are, Mar Jacob of Nisibis (first Friday), Marta Simoni and her Seven Children (fifth Friday), Mar Simon Bar Sabbai and Friends (sixth Friday) and Sahda Mar Quardag (seventh Friday).

BLESSED ALPHONSA
Bl.  Alphonsa was crowned with eternal glory on July 28, 1946.  Hence July 28 is a great Feast-Day for the Mar Toma Nazranees.

TRANSFIGURATION OF OUR LORD 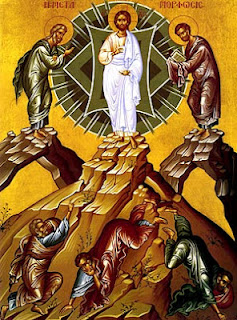 The Feast of Transfiguration (August 6), which for Eastern Churches, is one of the most important celebrations in the Liturgical Year, comes usually during this Season.  The biblical episode of Transfiguration (Mt 17, 1-9; Mk 9, 1-9; Lk 9, 28-36) is self-expressive.  In its liturgical celebration, we proclaim the human divinization that happens when the salvific action perfected in Iso’-Msiha works in men by the power of the Holy Spirit.  This celebration, therefore, is considered as one of the six principal moments of the Salvation History.
When Iso’-Msiha was transfigured on Mount Tabor, Eliyah and Moses, as the representatives of the Old Testament, appeared there; the representatives of the New Testament, the three Apostles were also there. The glorious Cross is the icon or sacrament of risen Lord and all Eastern Churches understand this symbolism perfectly well.  Thus the two Seasons, which follow the Season of Summer, namely, of Eliyah-Sliba and Muse are emphasized in celebrating this biblical episode of Transfiguration.

“What is proclaimed in this “feast celebration” is the eschatological dimension of the History of Salvation.  Such pauses and celebrations inspire and encourage men who live always according to worldly ways and standards.  Mar Toma Nazranees also must celebrate this Feast most solemnly.”
ASSUMPTION OF OUR LADY
Another important feast that comes in this Season is that of the Assumption of our Lady (August 15).  The Fifteen-Day-Fast in preparation for this Feast itself indicates the importance given to it in the Mar Toma Margam.  This official fasting proves that Mar Toma Nazranees always revere and venerate the Mother of Iso’-Msiha most becomingly in their liturgical year. This feast celebration is also an emphasis and guarantee of the eschatological dimension of our Christian existence.
“August 15th is also the National Independence Day for Mar Toma Nazranees.  It is, indeed, a blessing and highly providential that these two symbols of spiritual and physical liberation were united in celebration on this particular day.”