Centuries ago there lived a very good man.  Born in Palestine, he took to fishing even while he was very young.  He proved himself to be an experienced fisherman of the lake of Galilee.
Jesus called him and he followed him immediately and most willingly, leaving behind whatever he had.  Thus he became one among the twelve apostles of Jesus.  He is Mar Toma (St. Thomas) our father and the Apostle of India.
Mar Toma expressed his supreme love of God by proclaiming his readiness to die with Jesus (Jn 11, 11-16).  He was instrumental for clarifying the redemptive role of Jesus (Jn 14, 1-7).  He himself was fortunate to bear witness to the Resurrection of Jesus as the representative of the twelve (Jn 20, 24-29).
INDIAN JOURNEY OF ST. THOMAS
Pentecost day the apostles were filled with the Holy Spirit.  They went to the different parts of the world to bear witness to Jesus the Redeemer.  The destination of St. Thomas was our own motherland, India. 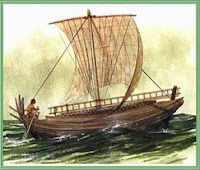 On his way, the apostle shared his Christ-experience in Persia, which was then the best known empire in the east.  Haban, the messenger of King Gundapher (Kandappa) reached Persia at this time.  He came in search of a good architect.  Since St. Thomas was also known to be a good architect, Haban took him to India.  He led the apostle directly to the King’s court.  It was the occasion of the wedding ceremony of the King’s only daughter.  The apostle shared his Christ-experience there and confirmed it with a few miracles.  The young royal couple and many others who heard the apostle and saw the miracles accepted Jesus as their Lord and God.
PALACE CONSTRUCTION

Since the apostle was brought to the court as a good architect, King Gundapher entrusted him with the task of building a palace to his liking.  The King ordered his treasurer to give the apostle what he asked, either gold or silver.  The apostle, however, distributed all what he got from the treasurer among the poor and the needy in the villages and towns around.
IMPRISONMENT
The king got furious as the construction of the palace did not take place in the appointed time.  Being asked, the apostle replied that the palace was built in heaven and that it was invisible to human eyes.  The furious King imprisoned the apostle together with Haban.
DEATH OF GAD
In those days something tragic occurred in the King’s court.  Gad, the younger brother of King Gundapher, died; he saw the beautiful palace built by St. Thomas in heaven, appeared to the King and requested him to give it for himself.
APOSTLE SET FREE
Amazed at this strange happening the King immediately ordered to set the apostle free and narrated everything to him.  The apostle through his prayer, brought Gad to life again.  The King, Gad and many others accepted Jesus as the Saviour, through this miracle.  According to some historians, the Kingdom of King Gundapher was in North India, but for some others, it was in the south itself.
IN KERALA
According to the tradition of Mar Toma Nazranees, St. Thomas reached India in 52 A. D.  Having arrived at Crangannore, he travelled from one end of Kerala to the other and established seven churches (faith-communities) there.  They are: Palayoor, Crangannore, Kottakkavu (Paroor), Kokkamangalam, Niranam, Kollam (Quilon) and Chayal (Nilackal).
IN MADRAS (CHENNAI) 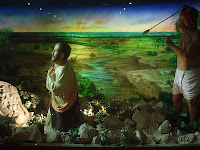 There are ample testimonies to show that the apostle preached also in Madras (Chennai).  There in Mylapore, he embraced martyrdom in the year 72 A. D.  Though there are several traditions concerning the death of the apostle, people give more weight to the tradition that he was stabbed to death by persecutors.
MYLAPORE
The tomb of St. Thomas the apostle is venerated to this day in the Cathedral Church of Mylapore in Madras (Chennai).  The two hillocks, Chinnamala and Periyamala are also very closely related to the martyrdom of Mar Toma Sliha
Mar Toma Sliha is one of the twelve apostles of Jesus Christ.  He is one who directly and personally experienced Jesus.  His Christ experience was so deep and intense that he took up joyfully the hazardous long journey to India and shared it with our forefathers.  Thus he became the apostle of India.  Mar Toma Margam is the special Christian life-style, initiated by him here in India.  He sacrificed his own life in order to bear witness to this particu1ar lifestyle.
Posted by Varghese Ousep at 20:52